A Girl In Traffick by Mamta Valderrama 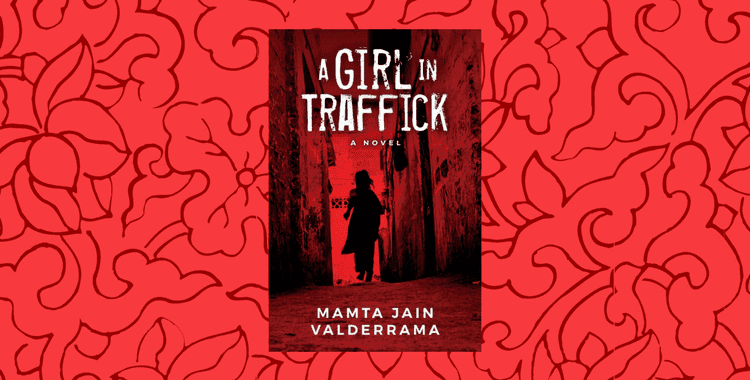 Twelve-year-old Juhi Gupta loves her simple life in a remote Indian village. She and her mother and father might be poor, but they’re happy. Then one day, everything changes. This is the story of A Girl In Traffick by Mamta Valderrama.

Her father goes to the doctor for a simple procedure—the removal of a rotten tooth—but instead, his kidney is stolen and sold on the black market. Juhi and her parents are kidnapped and dropped in a New Delhi slum. Separated from her parents, Juhi must quickly learn to survive. Luckily, she has a rare skill that’s greatly in demand, especially in the slums: she knows how to read and write. At first, her quick wits allow her to thrive, but soon they attract unwanted attention, and she’s faced with impossible decisions and desperate choices.

Meanwhile, in the United States, Kevin Whitman is dying. No American doctor can help him, so he ventures to India for treatment. He has no idea that in so doing, he’ll change Juhi’s life forever.

A Girl in Traffick is an INCREDIBLY moving story of Juhi. A girl who does everything in her power to save her family and herself. After e-meeting the books author, Mamta Valderrama I was excited to get going with the book, especially as it highlighted a huge issue – organ trafficking. Something I admit to not knowing much about.

Organ trafficking happens across the world; from China to South Africa, Brazil to India, with an organ sold every hour, each day, every day of the year, according to WHO. The UN is even looking into reports that ISIS may be in the business of selling its victim’s organs. Just sickening.

The way the book is written is very clever. I’m amazed this is Mamta’s first book. As someone who loves non-fiction I can sometimes struggle with reading fiction. I never quite get the emotion I do from a non-fiction title. But how wrong was I? This was the first fiction book that has ever made me cry. The story of Juhi brought with it immense sadness and some incredibly moving, incredibly happy moments. You feel as though Juhi is sitting with you, telling the story. It’s very descriptive, very honest and very eye-opening.

It did take me a little while to really get into the book. But once the storyline really kicks in after a few chapters I was hooked and finished the book in a matter of days. I wanted to know what was next for Juhi and of course for Kevin…I won’t spoil it but his involvement in Juhi’s life and her story was my favourite thing about the book. Kevin and Juhi, both from opposite sides of the world, with a very different story but two very similar characters fighting for what they believe in.

I’m excited for Mamta’s next book. And I’m looking forward to discussing this book within the GozenGirls BookClub soon. I urge you to give this book a read too.