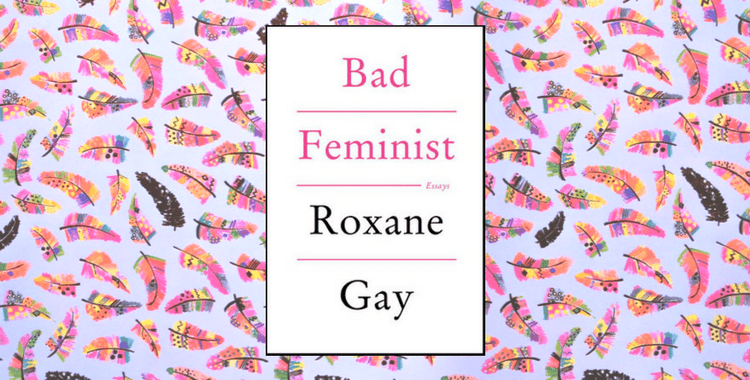 Bad Feminist, a collection of essays by Roxane Gay, was the chosen book for the May Brighton GozenGirls book club. It certainly divided the group, with some readers finding it a real struggle to finish. Others found it an easier read but thought it didn’t really say anything new about feminism that they hadn’t already read elsewhere. Personally, I’m somewhere between the two. I did manage to read all the essays, and there were definitely some interesting ideas. However, by the end, I was still unsure about what I was meant to take away from the book.

As previously mentioned, Bad Feminist is a compilation of essays. These are broken into five sections: Me; Gender and Sexuality; Race and Entertainment; Politics, Gender and Race; and Back to Me. As you can see, feminism isn’t the main subject under discussion. Gay talks a lot about her personal experiences – growing up as the daughter of Haitian immigrants in the US, a traumatic sexual assault as a teenager, and her struggles with weight and body image. Interspersed are more banal insights into her life, such as her love of scrabble and Sweet Valley High.

The first essay “Feel Me. See Me. Hear Me. Reach Me” was a difficult one for me. It felt disjointed, going from dating to American TV programmes (a note to non-American readers – there are a lot of popular culture references in this book that will be unfamiliar to people outside the US). However, the next few essays, Gay opens up about her life – her passions, interests and upbringing. It’s these essays that I warmed to Gay and appreciated her as a real person, rather that just “the author”.

What I Struggled With:

There are a few things I find problematic with Bad Feminist. The first is the structure. Gay writes about a variety of topics in this book, not all of them about feminism. Some essays sit nicely together, while others seem a bit out of place. This disjointedness also extends to the essays themselves. There were several times I was unsure what point Gay was trying to make.

In the introduction, and at other points in the book, Gay makes it clear she doesn’t have all the answers, or that she’s free from bias. She’s flawed, just like all human beings. I respect her for that, as lots of people will present their opinions as unbiased fact. However, there were times when the arguments in Bad Feminist felt stunted. I almost expected to read at the end of each essay: “But that’s just my opinion – take it or leave it.” That leaves me with the question: why should we listen to Roxane Gay? Right now, I’m not sure what the answer is.