The Bees by Laline Paull 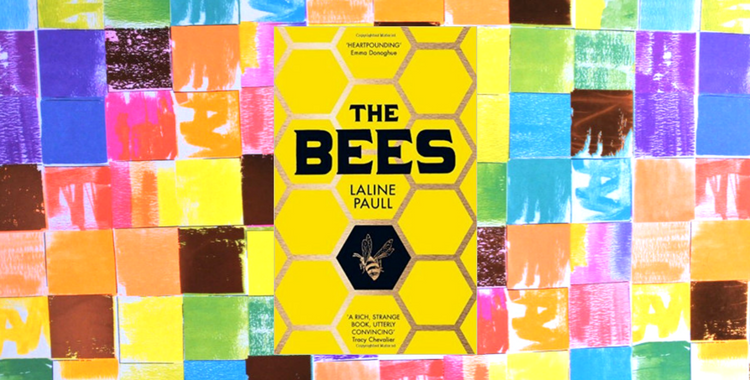 This book came to my attention thanks to a friend who was reading it whilst staying with me for a few days. The idea of a dystopian novel set in a beehive piqued my interest so I sought out a copy from the library to take on holiday. I was pretty much hooked from the start, managing to finish the whole thing in less than three days. Although lacking in some areas (which I’ll explain), The Bees is definitely more than just vacation fodder.

At the start of The Bees, Flora 717 emerges into hive society on the lowest rung of the ladder. Not just a worker but a Sanitation worker of the Flora class, her accepted destiny is to clean the passageways and dispose of the corpses of her sisters. However, a mutation that should have marked her for death by the Fertility Police instead brings her to the attention of the enigmatic Sister Sage. From there, Flora’s tale really begins as she navigates the hive and class structure within, transcending her birth status yet ultimately violating the laws laid down by the matriarchy which she serves.

Laline Paull’s beehive is an equally wondrous and terrifying place. Her research into the way bees perceive the world via pheromones, odours and colours is put to good use. To the honeybees, summertime flowers are a sensual assault on all the senses. The impact of man on the environment is also frightening when viewed from the bees’ perspective. Mobile phone masts cause deadly confusion whilst ornamental flowers become cruel taunts for a starving hive.

The world portrayed in The Bees is rich and imaginative, but there were times I wished the story was more complex. Flora’s rise through the classes often felt more like a plot device than character progression. Readers get to see more of hive life but there’s not much of an explanation as to why Flora is there in the first place other than mere circumstance. Likewise, as Flora starts to transgress, there are hints that other bees share her misgivings about the hive. However, these are never followed up.

As a fan of dystopian fiction, I think I was expecting The Bees to make more of a statement than it did. In fairness to Paull, that might have been her intention but it was too subtle for me to pick up. However, as I have mentioned already, The Bees is an interesting and thought-provoking book. If nothing else, it gives the reader a new perspective on the world – and why it’s a good idea to plant bee-friendly flowers.