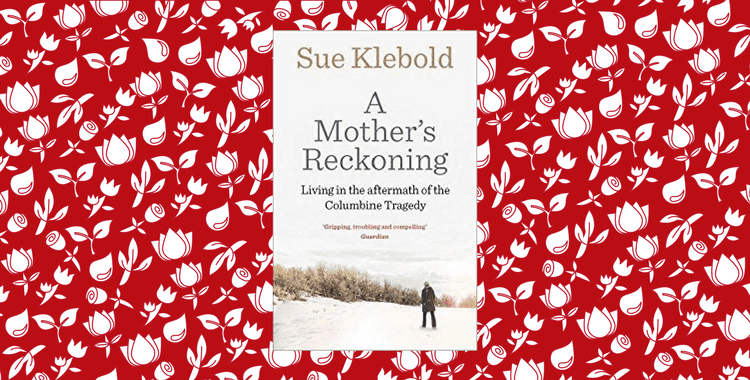 In April 1999, two teenagers entered Columbine High School and killed 12 fellow students and one teacher, plus injured 24 more before taking their own lives. Since that day, the Columbine Massacre has been the centre of debates on everything from gun control and bullying, to goth sub-culture and violence in video games.

The motives of Dylan Klebold and Eric Harris will never truly be known. However, one of the many people trying to understand why the tragedy occurred is Sue Klebold, Dylan’s mother. A Mother’s Reckoning is not only Sue’s account of the events that happened on and since that day, but also her journey to understanding the devastating impact depression had on her son and, sadly, those around him.

In the first part of the book, Sue describes the events that happened from the moment she received a frantic call from her husband on April 20th 1999. Having kept journals during that time, Sue is able to provide detailed insight into her thoughts and feelings as her world unravels around her.

In part two, the narrative shifts into a wider discussion about mental health. In the context of Columbine, it’s a troublesome topic for a couple of reasons. The first is that although severe depression may go some way to explain Dylan’s actions, it does not justify them. Several times Sue makes it clear that the fact her son set out to kill other people before ending his own life is inexcusable.

Sue is unflinching and very honest in her writing, acknowledging rather than omitting parts of her story that may present her in a less than flattering light. Her motive for writing A Mother’s Reckoning isn’t to “set the record straight”, but to help parents see when their children might struggling with depression. In that respect, as a non-parent, I’m not Sue’s target audience so it would be interesting to see how a parent responds to this book. However, the topics A Mother’s Reckoning attempts to address – not just depression but also how events like the Columbine Massacre are portrayed in the media – makes this book a worthwhile read whether you have children or not.

A Mother’s Reckoning is available from:
Waterstones – £8.99