Sue Lloyd-Roberts: The War on Women 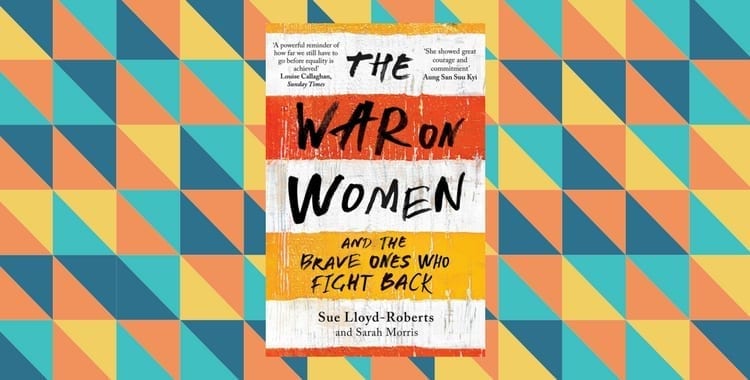 Whilst talking to my mum on the phone one day, she told me about a book she was reading. “It’s called The War on Women. To be honest I think every woman should read this. I’ll send it to you but once you’re done, make sure you pass it on.” I agreed and true to my word, the copy she sent me is now out in the wilderness, having been passed on twice already.

Sue Lloyds-Roberts was a video journalist and throughout her 40-year-long career, witnessed firsthand how women have suffered at the hands of oppressive regimes and antiquated attitudes. Each chapter focuses on one particular issue or event. These include the aftermath of historic atrocities, such as the grandmothers desperately seeking the children of the daughters that were taken from them during Argentina’s Dirty Wars, to ongoing struggles like female genital mutilation and the gender wage gap.

Before I began reading The War on Women, I expected the book to mainly be an examination of crimes like sex trafficking and sexist cultures, an impartial look at how these things came about. Although Sue provides some context, her main aim is to give a voice to the victims and the women fighting back against violence and oppression. This is where Sue’s talent as a journalist is very much apparent as she lets the women tell their own stories, thus bringing their struggles much closer to home.

Described by one reviewer as a “tough but necessary read”, The War on Women documents the many injustices women have had to face – and continue to face – around the world. Sadly, Sue died shortly before finishing the book. In many ways, it is a tribute to her great work as a human rights reporter as much as it is a powerful reminder that women need to keep raging against the powers that oppress them. I recommend you pick up a copy and find out for yourself – make sure you pass it on when you’re done.

Buy The War on Women via: